ONE OF THE MOST IMPORTANT national sporting events of the year takes place in Torrevieja this weekend, as the Mediterranean city hosts the opening stages of the 74th La Vuelta de España cycle race.

Spain´s equivalent of France´s Tour de France, and inspired by the success of Italy´s Giro d’Italia, the first race took place in 1935 and the race has been held over each successive year since 1955.

Along with the Tour de France and Giro d’Italia, the Vuelta makes up cycling’s prestigious, three-week-long Grand Tours.

While the route changes each year the format of the race stays the same, with the appearance of at least two time trials, the passage through the mountain chain of the Pyrenees, and the finish line in the Spanish capital of Madrid.

Torrevieja received the prestigious accolade of opening this year´s opening stages, and the race is scheduled to begin with a team time trial from the city´s natural park tomorrow, famed internationally for its vibrant bubble-gum pink salt lake.

City Hall has organised a packed calendar of events surrounding the main race starting today, Friday 23rd August at 3:00 pm, with an exhibition of almost 80 Guardia Civil special operations vehicles that will be providing heightened security for the Grand Tour.

The exhibition takes place in Paseo Vista Alegre in the city, while on Saturday 24th August at 11:00 am, a pre-race trial bike exhibition will be held in the Plaza de Encarnación Puchol de La Mata.

The race officially starts later tomorrow afternoon, with racers due to set off from a secure location inside the natural park, adjacent to the towering mountains of salt, where a pre-planned course has been prepared.

The closed-circuit will encompass 13.4 km´s of the city´s public roads, starting at the salt lakes with a timed team trial stage that heads through the centre of Torrevieja as far north as Urb Molino Blanca.

The high-speed athletes will then race southward along a coastal route that leads to the finish line in the Port area of Torrevieja.

The official website describes the circuit as “a flat urban circuit around the streets of Torrevieja. A short and fairly straightforward route that should have only a minimal impact on the overall standings.”

La Vuelta has gained prestige and popularity around the globe, and this year´s race will be broadcast throughout 189 countries with an expected audience of 400 million viewers.

International cycling teams from all four corners of the planet will complete in La Vuelta 2019, with 22 UCI and professional continental teams from South Africa, Australia, France, the USA, Kazakhstan, and Bahrain.

For the past two years, British riders have won the Grand Tour, with Chris Froome winning the 2017 race and Simon Yates stealing victory at the 73rd edition of the Spanish Grand Tour.

La Vuelta takes place during a period when the city experiences it´s highest rate of occupancy, and the City Councill has spent months preparing for the event to ensure maximum security and to minimise logistical complications.

Road and traffic safety, continued access for the public, and additional parking spaces to compensate for city-wide road closures, have all needed to be addressed to ensure that the event is an overwhelming success.

Meantime, with Dutch and Colombian cyclists hotly tipped as pre-race favourites, the local Spanish continental teams will be hoping to pull out a first stage win in Torrevieja this weekend.

The race officially opens at 3:30 pm tomorrow, Saturday 24th August 2019, with the beginning of the first stage scheduled to take place at 6:56 pm. Riders are expected to complete the circuit at around 8:30 pm.

Find more information about the La Vuelta road race, please visit the official website, or find our favourite recommended things to do on the Costa Blanca this summer. 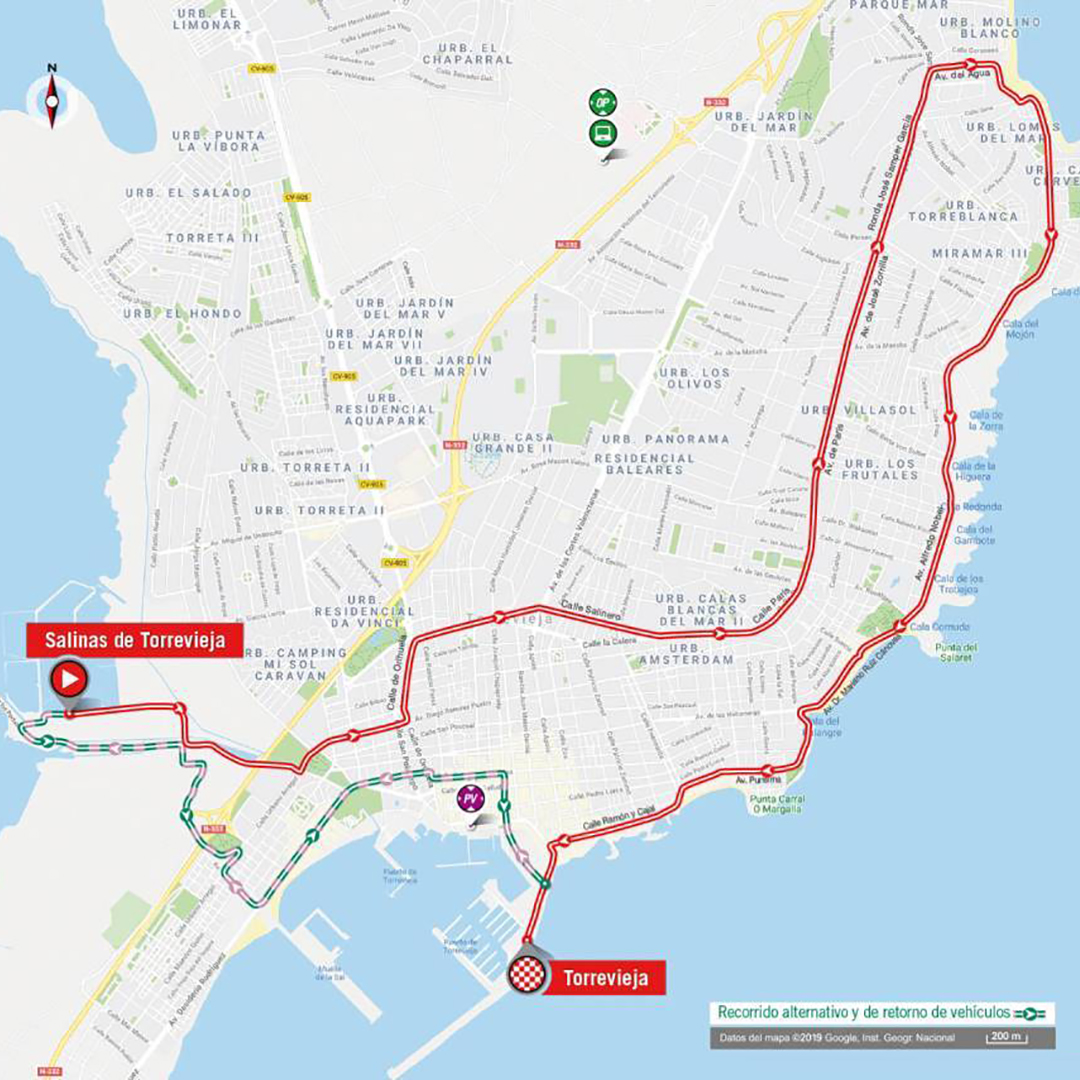 The pandemic survival guide, things to do at home on the Orihuela Costa

Shopping on the Orihuela Costa, how to stay safe in the supermarket

State of Emergency and special measures on the Orihuela Costa explained