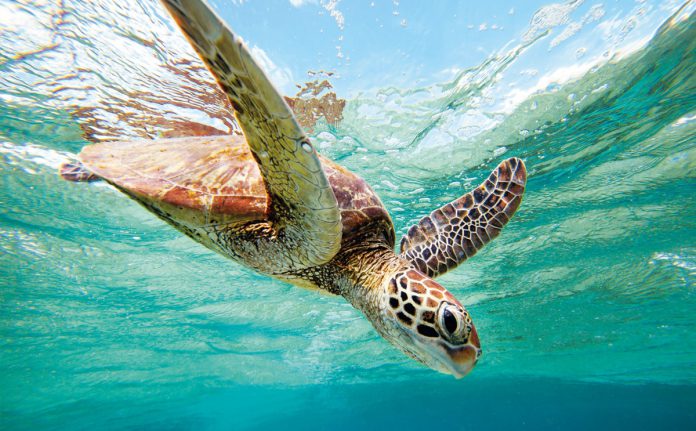 ARRIVAL OF THE SUMMER SEASON brings with it an increase in the possibility that Loggerhead sea turtles may appear on beaches in the area, with recent years seeing an increase in egg-laying activity on the beaches in neighbouring areas of the Costa Calida, Orihuela Costa, and as far north as Alicante.

Some ten years ago Loggerhead sea turtle sightings along the Spanish coastline were an incredibly rare event, but the progressive nature of climate change and an increase in seawater temperature is bringing more of the rare animals to local beaches each year.

The Mediterranean Sea is a nursery for juvenile Loggerheads, and the Greek islands of Cyprus and Zakynthos host the largest nesting colonies of turtles in Europe.

But two turtles were spotted on Murcia's beaches in La Manga and Calblanque in 2017, and just last year a female turtle made her way onto Orihuela Costa's Cala Capitán beach in Cabo Roig.

Female Atlantic Loggerhead sea turtles are attracted by the area's wide beaches, the fine sands, and a general lack of strong tides.

The world's largest hard-shelled turtle, and categorised as vulnerable by the International Union for Conservation of Nature, Loggerheads head for land to deposit their eggs in late spring and throughout the summer months.

In recent years, animals found nesting on local beaches have been relocated to less populous beach areas by environmental specialists.

If a Loggerhead sea turtle is spotted please do not attempt to approach or touch the turtle, and always walk past the animal behind its tracks and not in front. Never use flash photography, stay as far away from the turtle as possible, and call 112 immediately and report the sighting.