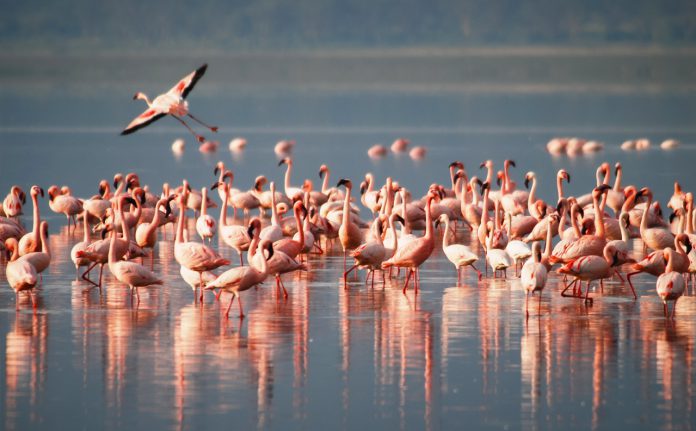 RECENT EVENTS HAVE had some unusual and unexpected consequences lately. They say that every cloud has a silver lining, and for the African greater flamingos in Torrevieja, a global pandemic and a particularly wet winter have been beneficial for these much-loved birds.

Thousands of flamingos migrate from the mudflats of Africa each year, to feed on the brine shrimp in Torrevieja's two saltwater lagoons.

Storm Gloria in January and subsequent heavy downfalls of rain in April and May have introduced far more freshwater into the lagoons than would usually be expected at this time of year.

The additional freshwater has contributed to a lowered level of salinity creating perfect conditions for a reproductive explosion in the brine shrimp that populate the waters. 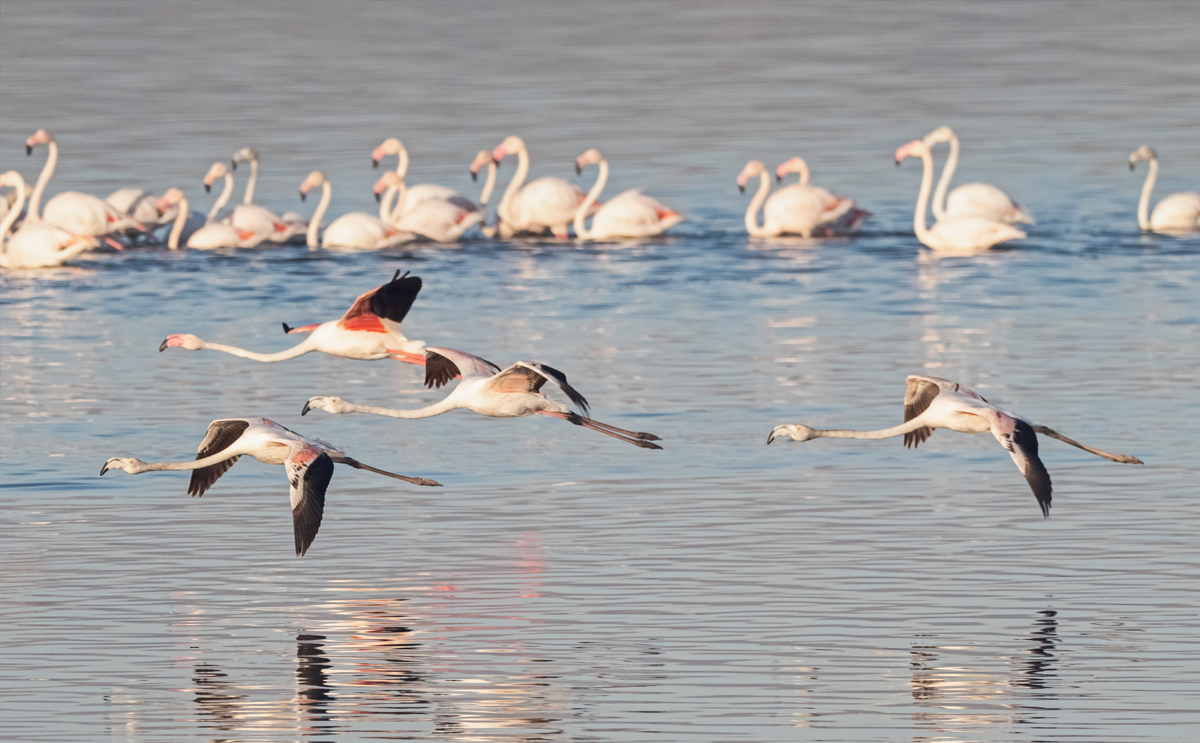 As luck would have it, flamingos just love brine shrimp, and the increase in shrimp population has turned Torrevieja's salt lakes into a veritable all-you-can-eat buffet for the pink-hued birds.

Torrevieja relies on its salt lakes and people have been collecting the mineral from the waters for centuries, but the recent CoVid-19 pandemic and the lockdown that accompanied it has brought commercial activity in the lagoons to a standstill.

Flamingos are notoriously selective about their reproduction habits, and the subsequent tranquillity of the past few months and the low accessibility of the area have been a boon for the flamingos.

“It must be remembered that flamingos are a species with very precise requirements for their reproduction, among which a minimum number of birds forming part of the colony, the need for absolute tranquillity and the maintenance of water levels are paramount”, explained the Ministry of the Environment. 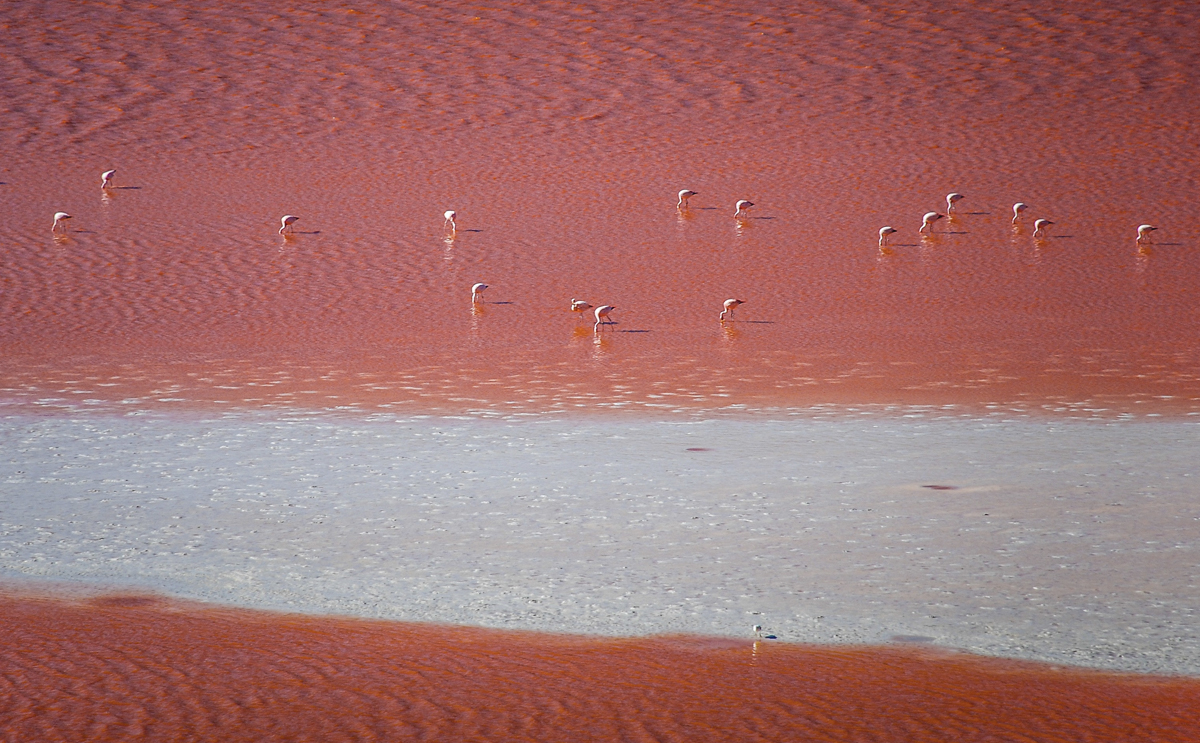 Flamingo pairs lay a single egg and are especially delicate when it comes to raising their young – undeniably cute mottled grey-feathered chicks that mark a stark contrast to their colourful parents.

More than 1,500 breeding pairs of flamingos have already been observed, and for the first time since 1983, the birds have nested in the wetlands and established nurseries, resulting in the sighting of at least 600 baby flamingos.

The nests have been created in a central area away from the water's edge, on islands created by the additional incoming rainwater that protect against natural predators such as indigenous wild foxes.

Nest building began in May, and a discreet surveillance plan was established by the local environmental authorities to provide the flamingos with the isolation they require so that the incubation process would stand the best chance of success. 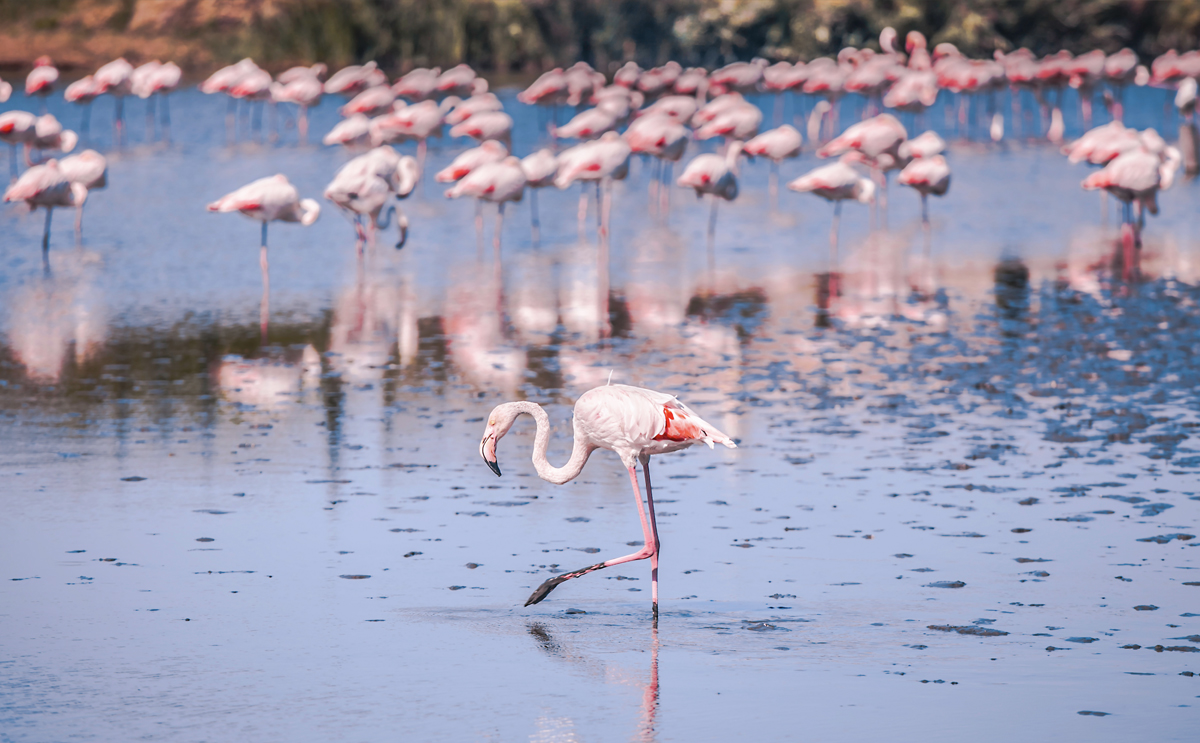 A lack of environmental noise from grounded air traffic is also thought to have contributed to the perfect breeding conditions, and Torrevieja's flamingo population is expected to increase further once all clutches of eggs have finished hatching.

Although flamingos can be observed throughout the year in the wetlands of southern Alicante, their successful reproduction has only been observed on rare occasions, such as in Santa Pola in 1973, 1975 and 2002, and in El Hondo in 1997 and 1998.

But today, it's possible to witness the beautiful sight of numerous young flamingo families in Torrevieja's natural park, with adult flamingos continuing to enjoy their daily shrimp, and chicks being fed by their parents.