Torrevieja Carnival brings colour and dancing to the city 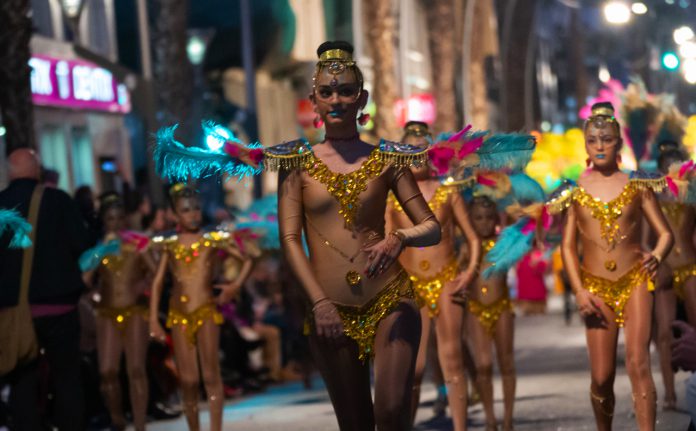 ONE OF THE MOST SPECTACULAR events to attend this year, the 2022 Torrevieja Carnival, takes place later today. The fiesta officially started on Friday 4th February and concludes on Sunday 6th March 2022, with two key diary dates for local audiences.

Over the years the Torrevieja Carnival has developed into a much more elaborate affair that involves officials from the Town Hall, local police, rigorous planning, local businesses, a colourful cast of thousands, and an audience that usually numbers in their tens of thousands.

Last year's Carnival was suspended due to the global pandemic and returns for 2022 after a two-year hiatus. It is one of the first large public events to be hosted in the city post-pandemic, and a welcome sign that things are returning to some form of normality.

Traditionally, the carnival is one of the most important, anticipated, and admired festivities in the city of Torrevieja's social calendar, and people have travelled from different countries around the world to attend the events in previous years. 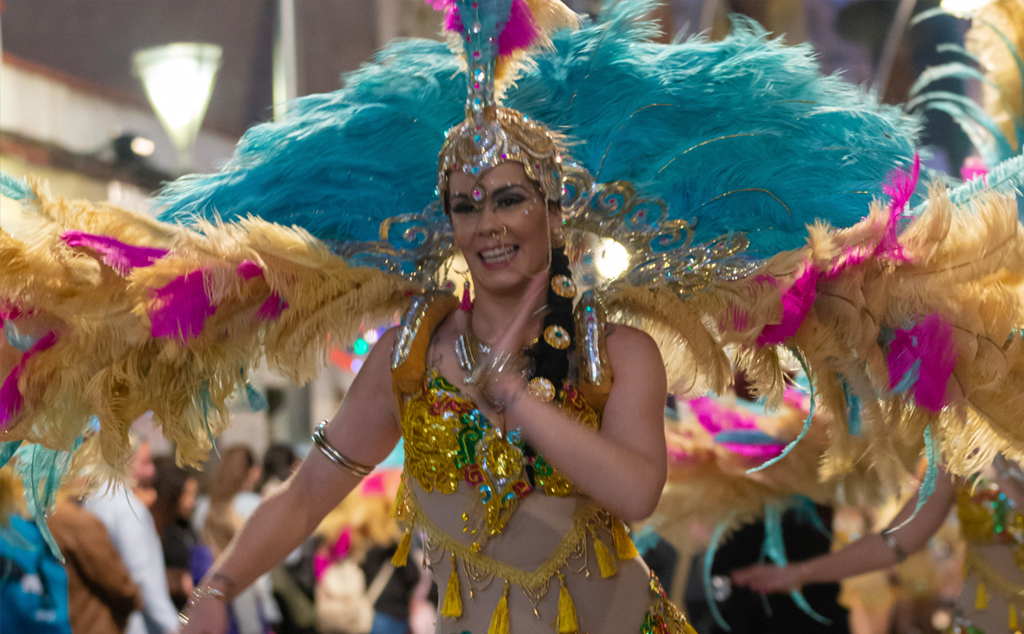 The Torrevieja Carnival and the colourful street parade

This year's event promises to be somewhat smaller in scale, but organisers are promising a full spectrum of colour, dancing, and celebrations in the city streets with a cast numbering some 2,000 people.

Torrevieja’s street parades take inspiration from traditional Brazilian festivals such as the world-renowned Rio de Janeiro Carnival that takes place toward the end of February. However, unlike Rio´s celebrations that last just five days, the Costa Blanca city will keep the party spirit alive for a full month, with the event culminating on Sunday 6th March.

It's big business for the participants too, with Torrevieja City Hall contributing more than €17,000 in prize money, and this year's carnival has been organised in association with the Habaneras shopping centre, Velice Discoteca, and many other participating local businesses.

But for most carnival visitors, the main attractions are the spectacular street parades that take place in Torrevieja. The first street event of the annual celebrations will see dancers and musicians parade through the centre of the Spanish city. 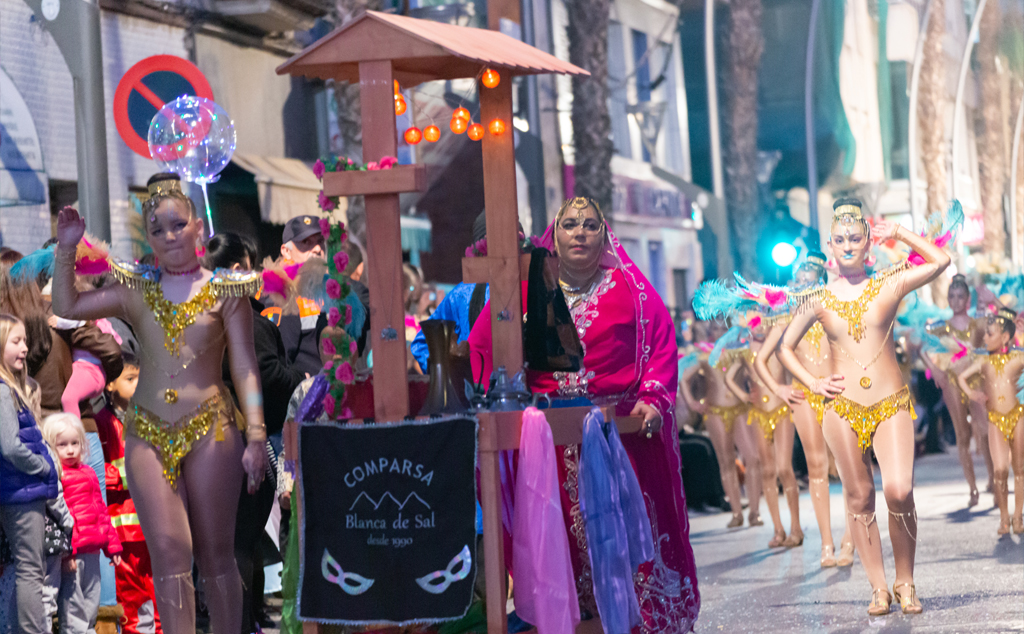 The contrasting day and night parades on the Costa Blanca

The month-long celebrations culminate in a magnificent and final street parade next weekend on Saturday 26th February 2022.

The great Night Carnival Parade follows the same route as the Grand Carnival Parade, with the procession departing the Plaza de María Asunción at 18:00 next Saturday.

Torrevieja's carnival celebrations officially finish with two special evening shows at the Municipal Theatre on Saturday 5th March and Sunday 6th March 2022. Tickets for the events are available from the theatre in Plaza Miguel Hernández.

Parade visitors are reminded to act responsibly and maintain a safe distance from other audience members and participants. For more information about the Torrevieja Carnival click here to visit the official website.