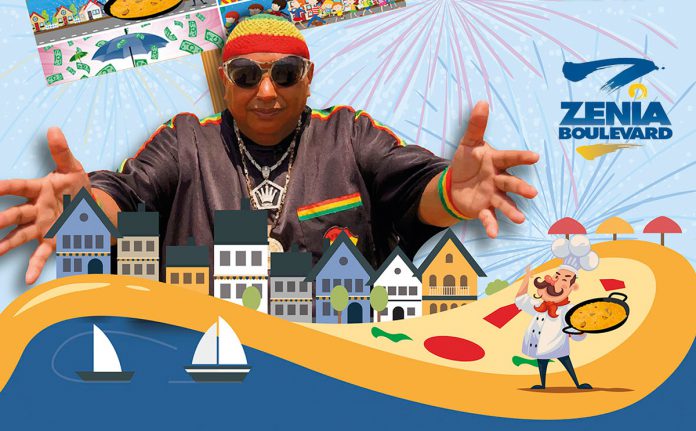 THIS SATURDAY 28 JULY the Costa Blanca's favourite shopping centre will be celebrating its annual Zenia Boulevard summer fiesta, with a day of parties, paella and pizzas, live entertainment, and spectacular parades in the centre of La Zenia.

The mall is renowned for its comprehensive and inclusive social calendar, and Zenia Boulevard's festive displays and events at Christmas time, magnificent displays of theatre, sound and colour; draw crowds from across the entire European continent.

The shopping centre management team go the extra mile to ensure that children's entertainment is thoroughly catered for, particularly at this time of year when some parents might be struggling to balance work and home life commitments during the extended Spanish summer school holidays.

From charity gala's and live music to wine tasting events that showcase the very best locally produced products from Spanish vineyards, there's always something going on to entertain everyone at Zenia Boulevard.

More than just a shopping centre, the mall has become an integral part of the local Orihuela Costa community offering a unique mix of retail therapy, a broad selection of family-friendly restaurants and casual cafe bars, and year-round events with high-quality on-site leisure facilities.

But this weekend is something very special, as the much-loved mall host the annual Zenia Boulevard summer fiesta, or “Fiestas del Pueblo”, the Town Festival.

If the Christmas events are the most important events in La Zenia's calendar (and they certainly are), then this Saturday's event won't be far behind, both in terms of significance and sheer visitor numbers.

The fun starts at 11:00 tomorrow morning, with a welcome announcement that marks the official opening of the day-long event, accompanied by a “Charanga” a traditional Spanish marching band that will fill the avenues with the sounds of percussion and brass instruments.

Just half an hour later more than 1,000 tickets will fall from the sky in the “Lluvia de Dinero” or money shower, with the shopping mall giving away gift cards worth from €20 to €50, and the chance to participate in the Grand Draw later at 13:00 to win a gift card worth €500.

At midday, the Charanga's will return to the concourses and plazas, this time accompanied by the Giants Parade who will march through the avenues alongside the brass band.

The Zenia Boulevard summer fiesta takes a break for lunch at 14:00, and continuing the theme of giants, a freshly prepared paella of genuinely unrealistic proportions will feed the throngs, with the option of an equally substantial fresh pizza according to taste and preference.

Entertainment continues throughout the afternoon and the shopping centre has something special in store for children too, with organised water games taking place at 16:00 around the central plaza amongst the iconic fountains.

A theatrical and energetic dance parade will weave a path through the mall from 7:00 pm, in an extravagant and colourful display from local dancers.

And finally, at 21:00 the Zenia Boulevard summer fiesta rounds off a day of dazzle and excitement with a live music performance by the legendary Spanish pop icon King Africa.

For those unfamiliar with the artist, King Africa is a popular Latino style dance music project that originated in Bolivia during the early 1990s and features the Argentine vocalist and British descendant, Alan Duffy, as the energetic and colourful frontman. 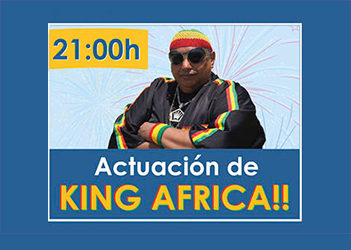 The group moved to Spain in 1997 and toured Europe extensively the following year, with most dates booked within the Spanish peninsular. Still vastly popular throughout Latin America, King Africa has had notable musical success in Spain and remains incredibly beloved.

As is customary, the stores and shops are laying on some special offers to entice the crowds to indulge in a little retail therapy during the celebrations, and the restaurants will be tempting passers-by with a selection of Spanish and international cuisine.

You can't afford to miss the Zenia Boulevard summer fiesta, so what are you waiting for, the fun starts tomorrow morning!

Find out more at the official Zenia Boulevard website, or check out La Zenia's promotional video below.