ST PATRICKS DAY IN CABO ROIG has become something of an institution over recent years, and this year's 10th-anniversary celebrations promise to be the biggest and greenest yet.

The small Orihuela Costa port town might not be the first location that springs to mind when thinking about Ireland’s most revered cultural and religious celebration, but for ten successive years, Cabo Roig has hosted the largest St Patricks Day parade in mainland Europe.

The locale has a rich history and deep connection with many expatriate Irish people who came to settle on the Orihuela Costa’s sunnier shores, and this year’s event is expected to attract more than 10,000 residents and visitors to the area.

The famous Cabo Roig Strip, a line of bars, clubs, cafes and restaurants that form a roadside promenade adjacent to the main N-332 coast road, will be turned into a Mediterranean Sea of green Irish pride for the special day. 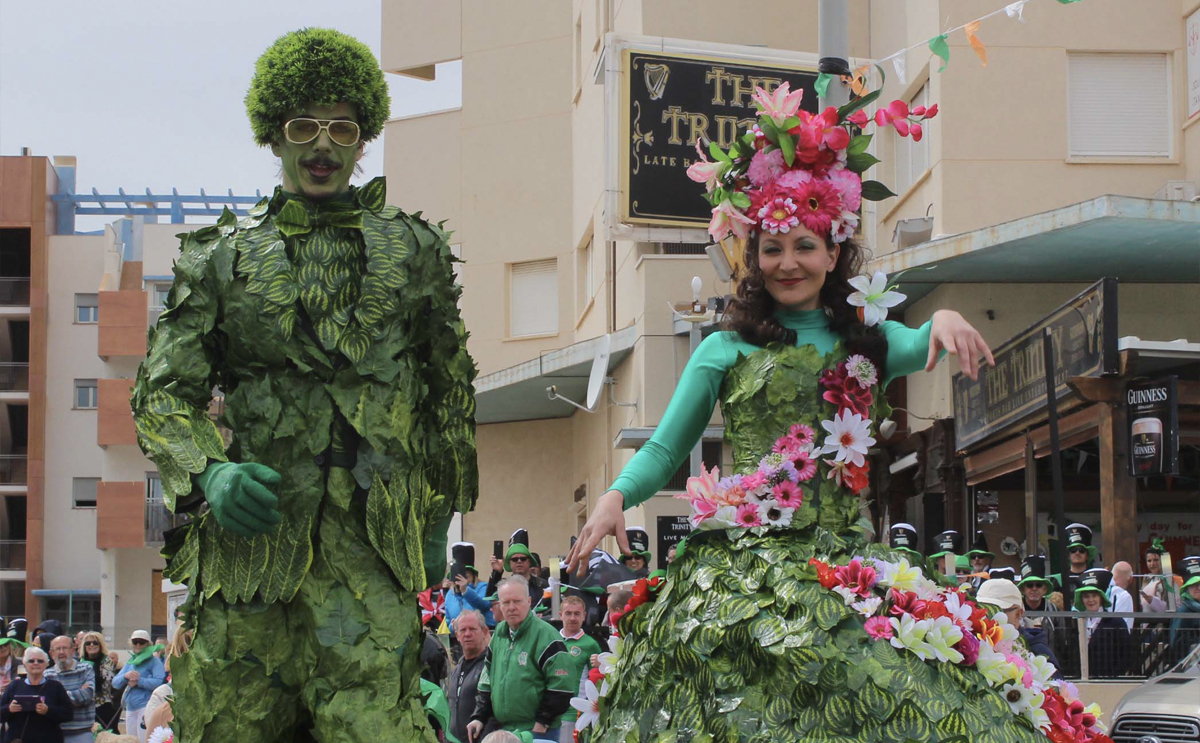 Traditionally a Christian feast day, St Patricks Day has become an iconic institution, representing a special time for Irish people the world over to celebrate their nationality and the cultural heritage of the Emerald Isle in an unapologetically unrestrained manner.

This year's parade will be the 10th annual event held in Cabo Roig and the organisers are promising that the 2020 parade will be bigger and more spectacular than ever, with over 10,000 people participating, and more activities, dancers and live music to keep the party going.

The Country Offaly sportsman is revered in his home country and remembered for scoring an unexpected late goal that deprived Kerry Gaelic football team of a 5-in-a-row win in the 1982 All-Ireland Senior Football Championship Final. In 2005, the victory was voted the third greatest moment in Gaelic Athletic Association history.

During his footballing career, Séamus Darby won Leinster Senior Football Championship titles with Offaly in 1972, 1973 and 1982, playing in various forward positions. He won his second All-Ireland medal in 1972 when Offaly defeated Kerry in the final. 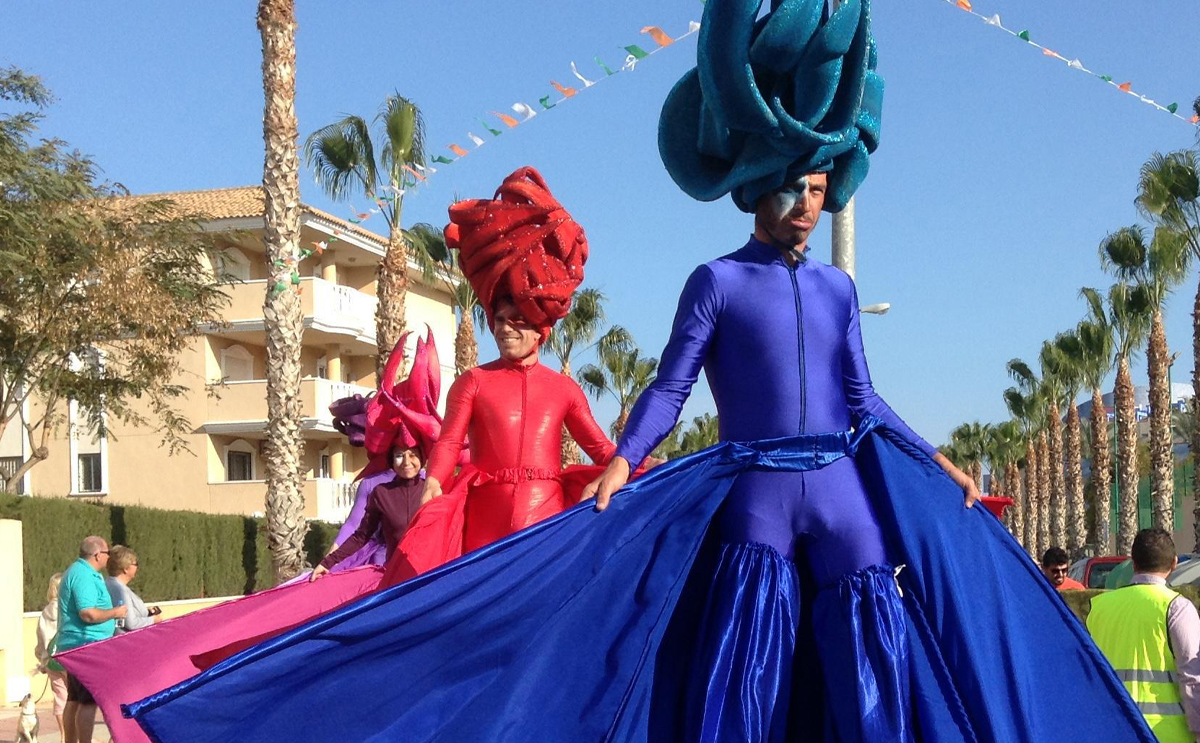 The Gaelic sportsman was interviewed for the documentary “Players of the Faithful” that aired in 2018 when Dublin's footballers had just won their fourth consecutive All-Ireland Senior Football Championship.

This year's St Patricks Day celebrations officially start at 13:00 with the main parade from 16:00. Live music starts at 13:00 until late.

The Cabo Roig St Patricks Day Parade, the most spectacular celebration ever

The main feature of the day, the spectacular parade, starts at 15:00 but visitors are advised to get to the Strip with plenty of time to spare. Last year's event attracted more than 10,000 visitors to Cabo Roig and this year's event is expected to be even bigger.

The family-friendly event will offer entertainment for children, a classic car show during the afternoon, music from locals musicians all day, and bars and restaurants along the strip will be offering a selection of special menus and, of course … Guinness! 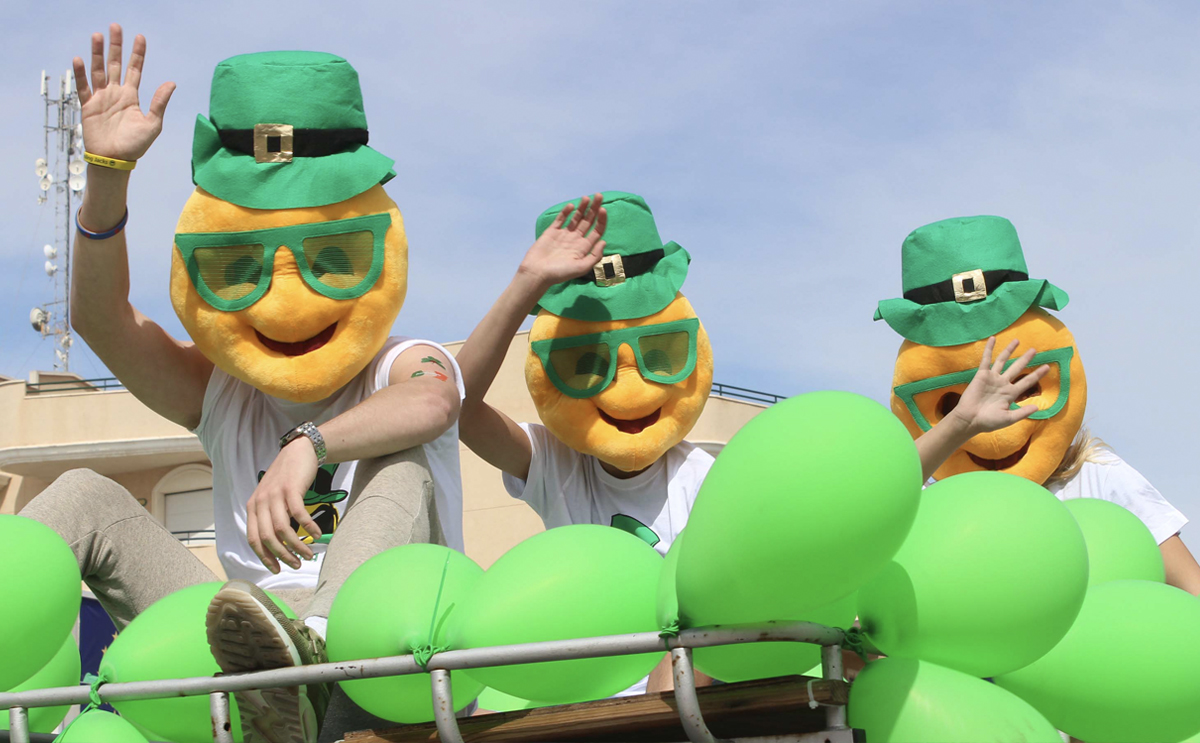 To end the celebrations, a breathtaking fireworks display will start at 21:00 at the back of the famous Cabo Roig Strip.

We are reliably informed that the consumption of alcohol might just possibly be involved too. All we know for sure is, it'll be grand. The Cabo Roig St Patricks Day celebrations and parade take place Sunday 15th March 2020.